Knicks president Phil Jackson and owner James Dolan addressed the Knicks after their final game on Wednesday, a Knicks player confirmed to ESPNNewYork.com.

While Jackson commended the team for its effort and complimented coach Mike Woodson, he made it clear that there would be personnel changes this summer, the player said.

“He credited Woody," said the player. "But he also said that there’s going to be changes, some of us won’t be in this room next year.”

The player said Jackson told the Knicks that they owed a lot of gratitude to head coach Mike Woodson. The player also said Jackson indicated that the team needed to start “thinking differently” and thinking about “what we can do to contend” for a title.

Dolan, who told staffers on the eve of the season that he felt the Knicks could contend for an NBA title, told the players on Wednesday that he was “disappointed by the season, that he had higher expectations,” the player said.

“He said we left the fans wanting more,” the player said.

The player said Dolan added the Knicks "have to start thinking about a championship and he told us that it starts [Thursday]. It was a great speech."

Woodson was in the room for the speech, according to the player. But his future with the Knicks is unclear.

While it is widely believed that the Knicks have already made the decision to move on from Woodson, sources told ESPN The Magazine's Chris Broussard on Friday that nothing will be announced this weekend.

Woodson's fate is likely to be announced early next week.

Sources close to the situation told ESPN’s Marc Stein that Woodson is "bracing" for the worst, especially after the Knicks conducted exit interviews with players Thursday without the coach present.

It is thought, however, that Woodson has not been told of his fate.

Regarding the offseason changes Jackson mentioned, the Knicks aren't expected to have much of an opportunity to re-shape the roster this summer.

Even if free-agent-to-be Carmelo Anthony signs with another team, the Knicks still will be over the salary cap thanks to the contracts for Andrea Bargnani ($11.5 million in 2014-15), Amar'e Stoudemire ($23.4 million) and Tyson Chandler ($14.6 million). 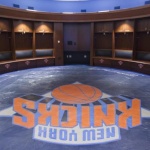 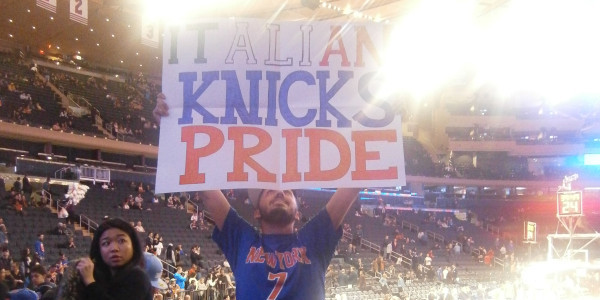 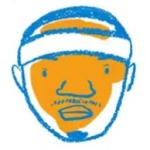 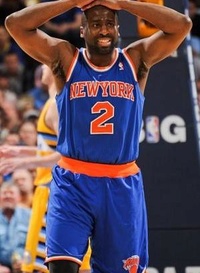 James Dolan (r.) is already interfering with Phil Jackson's (l.) plans, according to a source.

Just one month into his role as Knicks president, Jackson has already clashed with Dolan, the chairman of Madison Square Garden, over personnel decisions, the Daily News has learned. According to a team source, Jackson is looking to remove several staff members, which is commonplace when a new administration takes over, but Dolan opposes removing certain employees.

According to the source, Dolan’s reaction to Jackson’s request was to tell the 11-time NBA championship coach to simply focus his attention on building a winning team. To say that “minor friction,” as one Garden source called it, can be classified as Jackson’s honeymoon with Dolan being over may be stretching it a bit.

But at the very least it proves that Dolan — surprise, surprise wasn’t being entirely truthful last month when he claimed he was “willingly and gratefully” giving up control of the basketball decisions to Jackson, the Hall of Fame coach.

“In his role as president Phil will be in charge of all basketball decisions,” Dolan said after signing Jackson to a five-year, $60 million contract.

Of course, Dolan also lied about giving Donnie Walsh full autonomy when he hijacked the Carmelo Anthony trade negotiations from the long-time and respected basketball executive. Although Walsh wanted to acquire Anthony, his advice to Dolan was to wait until the trading deadline to strike a better deal with the Denver Nuggets. Dolan ignored Walsh and eventually gave the Nuggets a promising young center in Timofey Mozgov and the Knicks’ 2014 first-round pick, which is now a lottery pick.

With Jackson, Dolan has not tried to meddle in player moves. At least not yet. Instead, Dolan’s interest is to retain several staff members in their current positions, which raises an obvious question: Why?

Dolan made Jackson the richest executive in North American team sports history in part for his championship pedigree. And yet, Dolan is interfering with Jackson’s sincere effort to change the toxic culture of an organization that has won one playoff series in 14 years.

It is unclear which employees Jackson wants to remove, but with the entire coaching staff fired on Monday, it is most likely personnel with the medical staff, front office and/or the media relations staff. Bleacher Report reported that Steve Mills, Allan Houston and Mark Warkentien could all be reassigned or possibly dismissed.

Among the coaches fired on Monday was long-time assistant Herb Williams, who is well-liked in the organization. Within one hour, there was a report that the organization would “encourage” the next head coach to keep Williams. It was an odd story, which read like it was planted by someone other than Jackson, because why would Jackson fire Williams and then encourage the next coach to rehire him?

Dolan’s interest in keeping certain employees could be something as innocent as wanting to remain loyal to workers with whom he has grown close. The more plausible theory is that Dolan doesn’t want to fully cede control of the team and that certain employees who serve as pseudo organizational spies are too valuable to lose.

When the gentlemanly Walsh assumed control of the Knicks, he was patient almost to a fault. When Dolan insisted that Isiah Thomas remain with the club in some capacity, Walsh agreed to make Thomas a scout until Thomas resurfaced at Florida International within a year.

Walsh never had the appetite to make major changes, which ultimately hurt him. Mike D’Antoni, Glen Grunwald and Mike Woodson didn’t have the power to do so. Jackson, though, appears to have the willingness to get his hands dirty and make moves that may be uncomfortable.

Back page of the April 23, 2014 New York Daily News featuring the Knicks
NEW YORK DAILY NEWS
Daily News back page for April 23, 2014.
People who know Jackson claim he is well-aware of the pattern of losing at the Garden and is committed to turning the Knicks from a laughingstock franchise into model club.

When Pat Riley assumed control of the Miami Heat, he kept some employees and got rid of others. Three titles later, Miami has become one of the NBA’s top organizations. Jackson, who knows more about winning and the great tradition of the Knicks than Dolan will ever know, deserves the chance to put his imprint on the club.

Dolan’s interference could be a troubling sign for Steve Kerr, who is considered the frontrunner to become the Knicks’ head coach. The Daily News reported on Tuesday that Kerr has concerns over the inner workings of the organization, which has become a graveyard for accomplished coaches. Hall of Famers Lenny Wilkens and Larry Brown didn’t last more than one season under Dolan.

Last month, Jackson admitted that he would not have taken the job without the guarantee that he had complete control of the basketball operations. But in less than six weeks, it appears that Dolan has shattered his own world record for meddling.

Despite all those championship rings Jackson owns, he may have met his match in Dolan, who famously said last month he is by no means “a basketball expert.” He is, of course, a stubborn bully who always gets his way at the Garden. Just look at Dolan’s history; he has the dysfunction and losses to prove it.