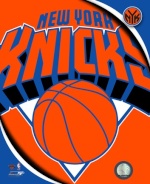 Truth be told, I've warmed up to basketball metrics over the years. I still hold them in the same manner I did when they first busted out on the scene and that is that they were conversation statistics that assisted in making an overall judgement.
I still value actual production stats i.e. minutes played, field goals made, turnovers etc, in very high regard, which brings us to the discussion happening in NBA circles and on NBA Twitter surrounding Derrick Rose.
The narrative surrounding Rose is that he's not the player he was before injuries -- that is unless you speak to his trainer Rob McClanaghan and Oklahoma City Thunder superstar Russell Westbrook.
"I worked out Derrick and Russell (Westbrook) together," McClanaghan told reporters last summer. "It's amazing how competitive those guys are in workouts. Unlike many guys in this league, those guys together push each other. It was like getting back to pre-draft '08. Like Russell said (of Rose), everything is back to where it used to be. Derrick's timing is back and mentally he's in a very good place."
After an injury set him back early in the year, Rose had moments where he looked as physically dominant as ever and at only 27 years old, he's poised for a very productive year following his 66 game, 2,000 minutes played effort from 2015-16.
Critics will point to his advanced stats and his overall point guard rankings as signs that he'll never be the player he was and that the Knicks made a big mistake in acquiring him for Robin Lopez, Jerian Grant and Jose Calderon this past June.
Last year, Rose ranked 44th in Player Efficiency Rating among point guards, which is misleading on several fronts. First off, he's not a point guard, he's a scoring guard who triggers the offense with his penetration. PER rewards players who shoot, and make, a lot of three point field goals like Stephen Curry -- whose 31.56 PER led all point guards.
Secondly, PER doesn't do a great job of accounting for minutes played. Being more efficient in less minutes isn't all that impressive. It's hard to take anyone seriously if they try to tell you T.J. McConnell's 14.52 PER in 19.8 minutes per game makes him a better basketball player than Derrick Rose.
Heck, Knicks favorite Toney Douglas is 26th overall in PER among point guards and I'm pretty sure he's not a point guard, either. Either way, Rose ranked 22nd in PER among point guards who actually played more than 30 minutes per game.
Which brings us to one of the more talked about advanced metrics these days, VORP, or Value Over Replacement Player, a statistic made popular in baseball comparing a player to a fictitious, minimal-cost player. Basketball Reference defines VORP as "a box score estimate of the points per 100 TEAM possessions that a player contributed above a replacement-level (-2.0) player, translated to an average team and prorated to an 82-game season."
In layman's terms, it's the metric theoretically comparing a player who hasn't actually produced at the same level based on what they've already proven to produce. You can take any player off the bench and give them Rose's minutes and they'll be as effective as Rose.

If you're into comparing real, living players to imaginary ones, by all means knock yourself out. But the line has to be stopped at production in my mind. Rose was the lead guard on the Bulls' best five-man unit last season in terms of both winning percentage and plus/minus.
The effectiveness and productivity are there regardless of what you want to prove about inefficiencies. There's an element of common sense lost among the analytic-heavy crowd and it's that coaches and managers will always play players who produce, regardless of "efficiencies." And the highest-paid players will always be paid as such because of their productivity.
Rose may not be the ideal player to lead your team, but this idea that he's not an NBA-caliber player is laughable at best regardless of what the formulas tell you.
Health concerns are legit as is the idea that the Knicks may be plotting a backup plan with Chris Paul should Rose not work out here this year. Distractions are always part of the gig in New York, but in terms of on-court productivity. it is clear that Rose is still a very valuable piece to any basketball team.
_________________
NEW YORK KNICKS ITALIA: knicksitalia.wordpress.com